This is my husband’s beard: 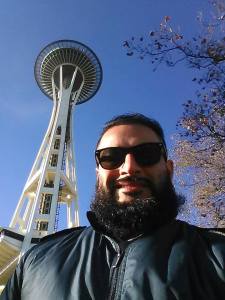 I had a hard time learning to appreciate this beard, and there are a number of reasons for that.

First of all, my husband is a handsome guy. He has perfect little white teeth and dimples and he’s really quite stunning with a five o’clock shadow, or a chin strap. But yo

u can’t see any of that when he has what appears to be a wombat on his face.

Secondly, he gets little pieces of food, sauce, lint, etc. stuck in it and then if we’re kissing later I sometimes get a flashback of that.

It sort of reminds me of a caveman, or a Biblical character such as Noah, or perhaps a Viking that pillages the occasional village. This isn’t really so bad since those guys are all dead and that look could be considered vintage. 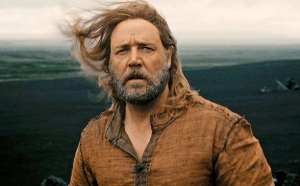 But then sometimes, he looks a lot more like a Amish man from Lancaster than a Presbyterian from Mexico, and that is just confusing. Like what is that Amish man doing wearing a tee-shirt instead of suspenders? And using an iPod?? And those boots look awfully fancy! Oh wait, that’s a sombrero, not a straw hat. Silly me.

Also, sometimes when it’s really cold, he wears thermal underwear to bed, and you can imagine my consternation when I wake up next to Pa Ingalls.  Or when he wears his red plaid flannel jacket to work, and I come out of the bathroom and WHOA there’s a lumber jack in my house.

So, you see, this beard has caused me some issues. But recently, I’ve been making a serious effort to love the beard.

It all started one night when we were lying in bed and one of us found a little teddy bear that one of the kids had left under the covers. He patted it gently, then laid it sweetly against his neck and wrapped the beard hair around it like he was swaddling a baby, all while humming a lullaby. And that’s when I knew that while this beard may look dirty, itchy, and a little bit like it should belong to a terrorist, it is, at its core, a bringer of comfort and love.

My man is happy under that beard.

Sure, he might be compensating for his hair, which is getting just a little bit thinner.  So while his head gets shinier and colder, his face is getting furrier and cozier.  But who doesn’t want a nice, cozy face in the winter time?

I’m not saying I wouldn’t love to see his handsome features every now and then, or that I’m never jolted by nightmare images of bugs crawling out of the fur, but if he’s happy, I should be happy too, right? I mean, there are plenty of issues for us to work through without worrying about each other’s facial hair. Well, I mean, hopefully he doesn’t worry about mine.  But he does put up with me only showering a few times a week, so how can I complain?

Sometimes people ask me if I like the beard and if I say no, they give me the “you need to get that guy under control” look. But I’ve come to realize that really, I don’t.  Maybe if I were his mommy or his supervisor I would have to approve of his choices of wardrobe and grooming, but dang it, he’s a 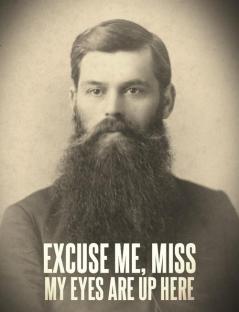 grown man (as clearly demonstrated by his ability to grow a GIANT beard.)

The media image of the bumbling husband who can’t be trusted to tie his own shoes without the help of his superhero wife is played out. Wives, we should expect more from our men, and going along with that, we should let go of all of that responsibility and control.

Yup, another nugget of classic marital advice from yours truly.

I may not understand the allure of carrying around several extra pounds of hair on your face, but I can appreciate the manliness. Similarly, I may not like the way my husband picks up our kids by the backs of their shirts and carries them around like puppies, but when I get home from work, the kids are happy and healthy and the house is not in shambles, and then, he goes to work for 8 hours. So really, I should be thanking my lucky stars that this man (and his beard) is mine.

So I’ve started to feel like I should say a few words to the beard.

Beard, you may not be well groomed, but you always smell like soap, and I thank you for that. I thank you for keeping my husband’s face warm in the winter time, especially as his head gets colder. I’m sorry that I wanted to destroy you for so long. May you grow and prosper. May you always be full. May you continue to teach me life lessons about letting go of the things that don’t matter and trusting my husband’s judgement. And may you never be chopped to pieces in the dark of the night by a maniacal wife.

One thought on “An Apology to my Husband’s Beard”