After watching The Bachelor tonight, I can honestly say that it has reached a new low. 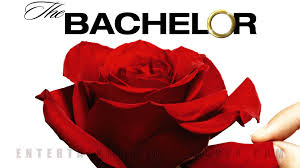 I can’t honestly say that I’ll never watch it again, because we all know it’s about as addictive as crack. But, much like crack, I crave watching it, need to get me some, and then after it’s over I’m left feeling empty and soulless.  At least that’s how it was tonight.

I can handle Ashley L. telling America she’s a virgin followed by a display of very un-virgin-y behavior.

I can handle all the girls being AMAZED that she is a virgin, as though that is a completely foreign concept.

I can handle seeing the Bachelor kiss most of the girls on the same night (even though I kind of hope they all break out in hand, foot and mouth disease in the next episode.)

I can handle seeing women drink to excess and then embarrass themselves on national television. After all, most of these girls weigh about 80 pounds, are too nervous to eat, and then consume liquor for hours upon hours. Frankly, I don’t know how most of them are still standing at the rose ceremony.

I can even handle it when the Bachelor decides not to pick the plus size model, and she goes home in tears, saying that she should just get used to rejection. Because really, that’s the same thing that happens to all the girls that don’t get picked, and there will be plenty of guys waiting to date her after they see her on TV.

What really bothers me though, is when they air a young woman having a psychotic break, and then all of America laughs at her. Because I am about 99% sure that is what happened.

So please hold the snarky tweets and vine videos about how she is “crazy,” because it is likely that she is, in fact, displaying symptoms of a disease she cannot control which will make her life and her family’s lives very, very hard. And all those snarky tweets and vine videos are just our culture agreeing that those people should be the ones sent home, if you will. The ones who make us uncomfortable, and then a little scared, until we make them into a joke.

The thing is, I don’t understand how nobody involved in the production of the show realized that she probably needed to get out of that environment ASAP, and get somewhere where people cared about her health rather than laughing at her misfortune. I mean, when someone gets injured on The Bachelor (like when a staff member jumps off a balcony to avoid being caught with one of the bachelorettes, for example), they get taken to the hospital, right? I’ve seen some tweets suggesting she was drunk, but frankly, we all know what drunk looks like, and that is not what it looks like. So come on, ABC, at least let’s use this as a teachable moment. People who display psychotic behavior need help, not mockery.

I feel like at some point in the future, society is going to be disgusted with our ethical choices in the entertainment industry, particularly with reality television.

And I never thought I would say this, but I’m a little disgusted myself, and I almost don’t want to watch The Bachelor anymore.

3 thoughts on “The Bachelor Hit a New Low Tonight”